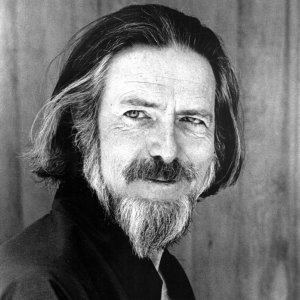 I have a problem. And considering the way I acted when I was younger, I find it’s strange that it’s the one that plagues me most as I’ve gotten older. When I was young I’d do something shit stupid and my dad would ask me about the repercussions of what I’d done. I would start to answer, “Well, I didn’t think-.” He would cut me off. “Exactly! You didn’t think.” Herein lay my youthful problem: action without forethought.

Now a few days have gone by. I’m roughly thirty and perhaps because of my obsessive worry about not thinking enough when I was younger, I am now cursed with the exact reverse. I think to goddamn much! No action is done without weighing first all the multitude of outcomes. Any moral act is beaten to death with a stick long after it should be put to rest. I wanted to buy a car recently on a modest budget and only realized around consulting in great depth with the fifth or sixth person that I was treating the whole thing like marriage proposal. It’s a special kind of hell. My spontaneous self left strangled and beaten to a pulp.

A strong desire to believe that we can change has shaped a great deal of my recent life. I’ve sought out wise people for advice and found them in our history either in books or lectures. My favourite is Allan Watts. He’s the 1970’s guru (although he would hate to be called that) who popularized Eastern philosophy in the west. I like him so much because of the academics I could find, he speaks directly at the topic as opposed to around it. I say this because I’ve found books on neuroplasticity touch on the subject but don’t really get into the meat of it. Not to say you shouldn’t read these either they’re amazing for their own reasons.

Anyways. Why is Allan Watts such a good resource for the topic? I’ve found his strength is two-fold. You have on the one hand his great research background on Eastern philosophy that gives him something to talk about. On the other, and surprisingly the most potent, he talks! His lectures can be found all over Youtube.

Listening to him, as much as I found what he has to say was incredibly enriching in terms of its educational value, it was the timbre and sonorous quality of his voice as he spoke that provided me with the most peace. One of the primary virtues he espouses when trying to escape our obsession with control and over-thinking is that we would simply experience the here and now more. Something modern therapeutic meditation might call “mindfulness”. There is a big problem with it though. If your goal is to become lost in a moment of immediate experience you’ll quickly defeat yourself by “thinking” far far to much about getting lost in the moment. A sort of cyclical disaster.

Watts warns about this and says if your intention is to calm and clear the mind do not go about doing so by demanding of your inner thoughts that they should leave. He says this has the same effect as trying to calm disturbed water with a flat-iron (an expression I love dearly). Instead he suggests observing your thoughts. Allow them to enter your mind and become aware of them. In this way you allow all the conflicting repressed garbage demanding your attention to take its turn and then clear. I’ve heard others describe it as watching cars pass on the road. Each car is a thought and you observe them as they come. This accommodating non combative method, I’ve found, truly does yield results.

And that is why I discovered it was less the content of Allan’s speeches that mattered to me and more his tone. This is because it was his extremely enjoyable tone, which after I observed the points he made, made me forget I was observing them at all. I forgot because I enjoyed the experience of his voice so much, to think about what he was saying. Hallelujah. I defeated the cycle not because I had learned so much about what exactly I should bend my will to accomplish. I simply enjoyed so much what I was doing, I forgot to think about it.

And that is what I have learned about how to calm my mind and do at least something to absolve this most assiduous cancer of over-thinking. Do something I love. Do anything that I become so involved in I forget who I am, what I care about, what I (imagine) matters. In doing so I am free. I actually have a bit of a chuckle to myself when I think how often I have hated the idea of someone being a couch potato and mindlessly watching television. I understand now the need for such an escape. Constant reflection is as unhealthy as no reflection at all. We need to disconnect. We must. Living in this world with its infinite information to consider is something which can poison an overactive mind.

So this is my advice to you reader. You who by some fascinating twist of the universe’s superpositions made it to my writing and took the time and gave it the honour of your attention. Minus all the mumbo-jumbo about meditation and mindfulness, if you find yourself in a similar situation to myself: where even feeding the cat becomes the greatest existential moral dilemma of your life. Let go and find something you simply enjoy, something you really really enjoy. You will forget the illusion of (I). You will become more what you truly are: an experience.

9 thoughts on “I Think Too Goddamn Much!”